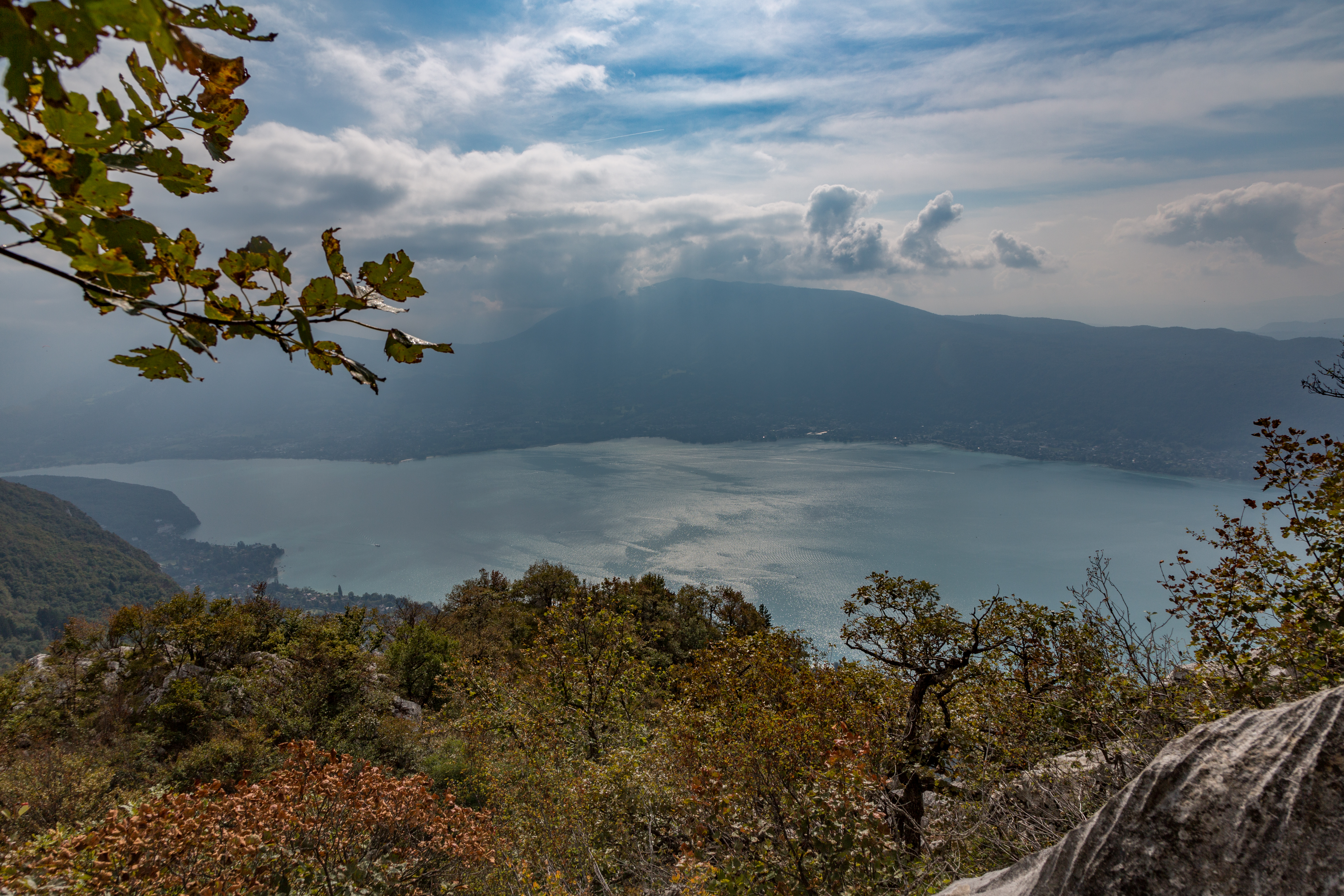 On this day, Martin and I hiked all the way up to the top of Mount Verier, overlooking Lake Annecy.  It was a path which started in the charming village of Veyrier, going straight up the mountain until it could no more, and our legs couldn’t do it any more either.  The trail reached dense forest,  where switchbacks ascended relentlessly up, up,up.  Everything was used for the climb, creek beds, tree roots, moss tufts, boulders.  I have never been on a trail so relentlessly upward as this one, nor as rocky underfoot.  My legs were crying out for me to stop, while my head was urging them on like a slavedriver.

We did stop for a picnic of sandwiches which tasted better than anything ever piled onto bread.  However, we were determined to get to the top after going so far. 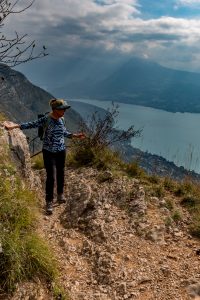 When we reached the sheer granite face, we grabbed onto wire ropes imbedded in the rock as our feet found rock footholds. 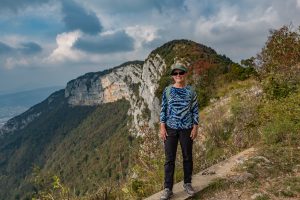 We finally made it to the top.   Our reward were some stunning views of the Lake and the villages 2,000 feet below.  We gawked and gazed and basked in the sun and the triumph.  On a flat, grassy part of the summit, we found a little hut made entirely of leafy, woven tree branches.  We crawled in, laid down and dozed in shady, herb-scented comfort. 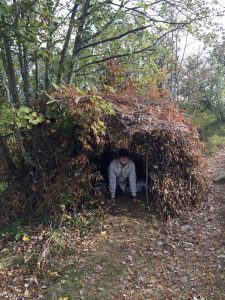 As the afternoon light started to fade, we descended.  We thought that downhill was going to be much easier.  I would say, it was a bit faster.  However, those thighs that were complaining about pushing uphill were now outraged at being used as brakes.  Feet, balancing on rocks of every conceivable shape, were screeching out protests like a a rock concert  gone wrong.  Were we ever going to make it down? 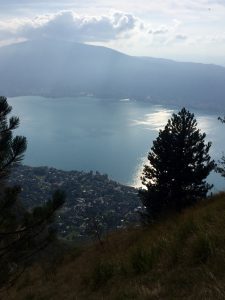 Mais oui!  We couldn’t walk up or down stairs without loud and vehement complaint for three whole days.  And, we were asking ourselves, “Why do we keep doing this to ourselves?  Are we insane?”  Mais out!  And we would do it again.  It was a wonderful day.  One of our best days!