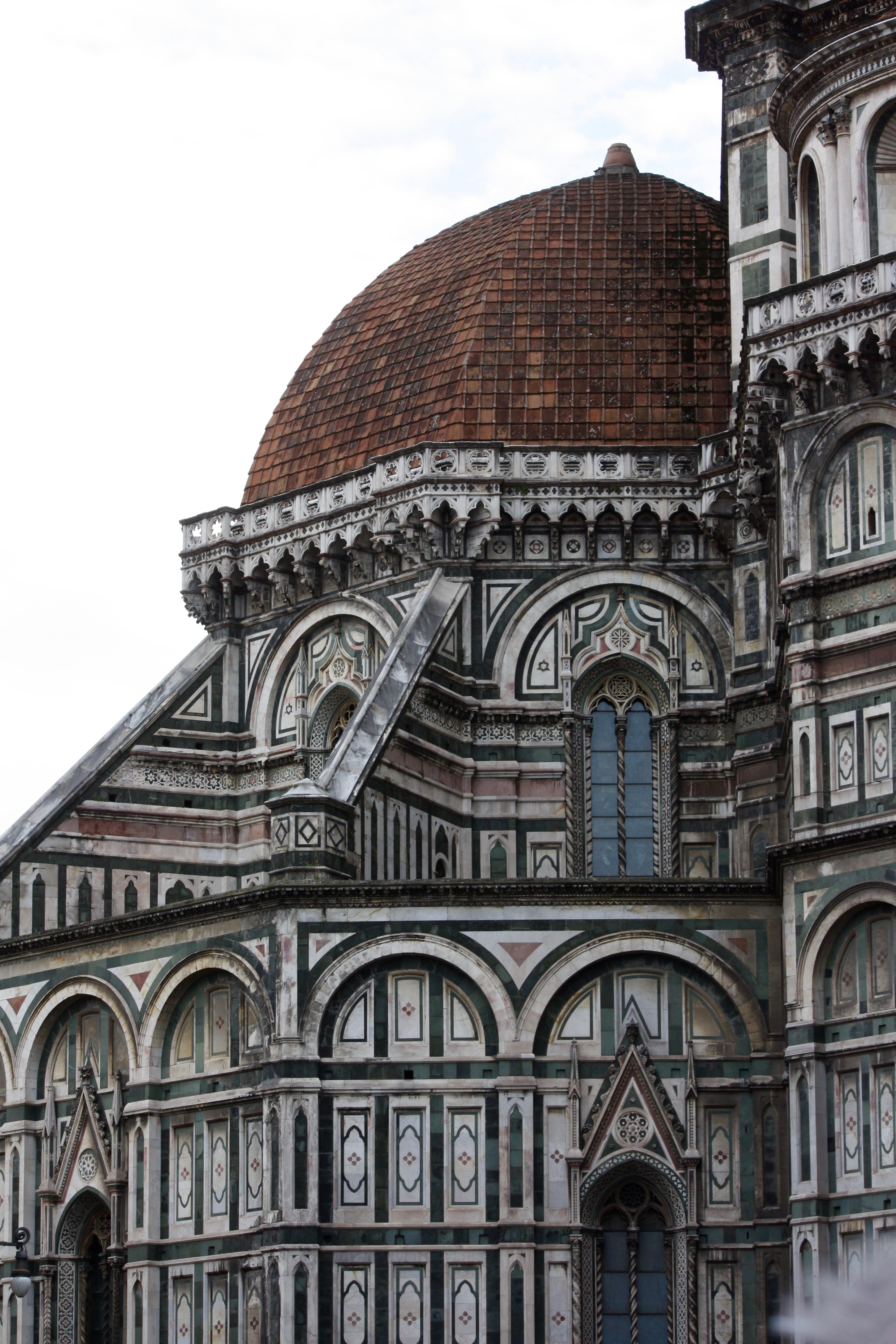 I am in a state of absolute  Duomo delight.  Our apartment is about eight blocks away; its deeply resonating bells are the first thing we hear in th morning.  We pass by it everyday, and every time notice something new.  It is a sweet confection. Walls of creamy carara marble, frosted with rose and graced with green.  Columns of spun sugar.  Tiers upon tiers, graced with flowers, saints and angels.  Among the divine are the rich and famous Florentines and the demon-driven sinners falling into hell.    It is so large, it is impossible to take a picture of without the assistance of a helicopter.  Every square inch of its exterior displays marble carving of infinite delicacy and detail.

Did you know that this was the first church to give mass in “vulgar” Italian dialect, in order to serve all the people, not just those educated in Latin?  I’ll bet you didn’t know that the statues in the alcoves and on the tiers are faithful replicas, replaced every fifteen years.  The reason?  So tall is this edifice, that if even a finger were to fall off of one of the statues, it could kill or blind someone in the square below.  This was the first unsupported dome ever built, by Brunileschi, using a revolutionary herringbone design in the laying of the bricks, and its dome is even larger than the Vatican.

I could go on:  Martin and I spent hours on tours and in the museum that archives the original works and how it was created. We climbed 248 steps to the top of the dome.   Instead, I will show you views of the beautiful city that created this wonder. 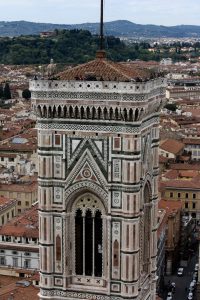 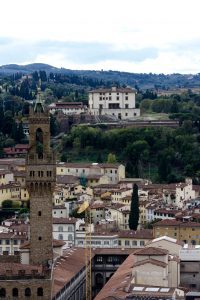 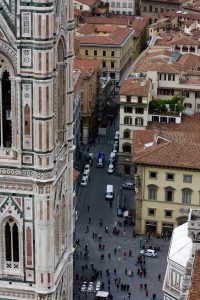 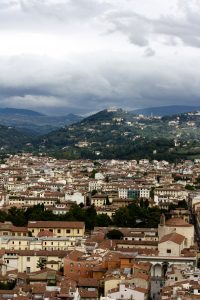 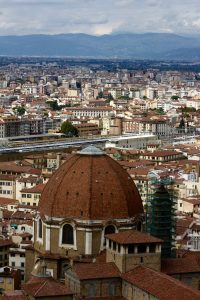 2 thoughts on “The Duomo — A Sweet Experience”